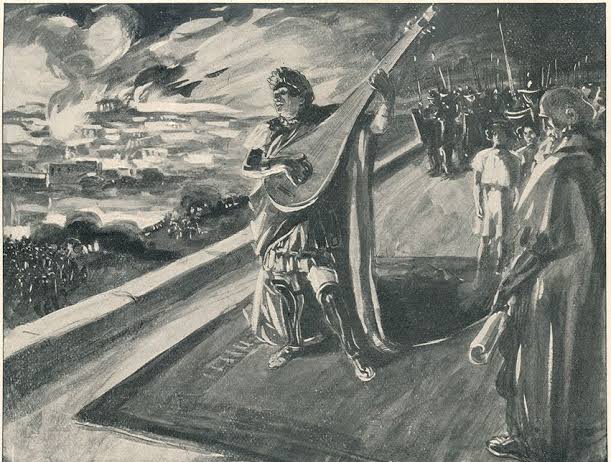 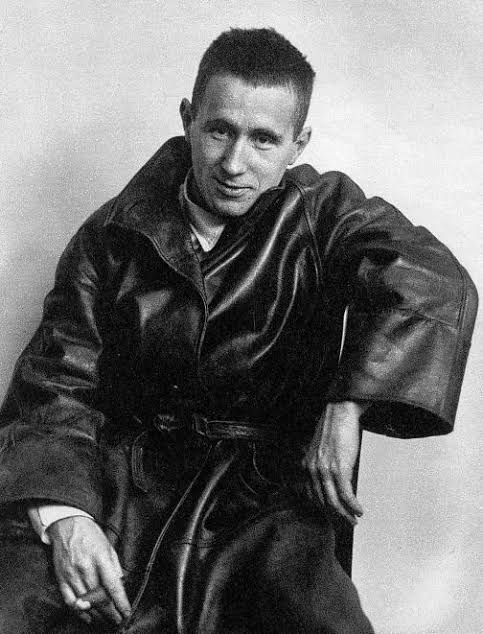 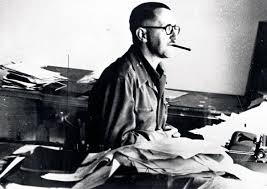 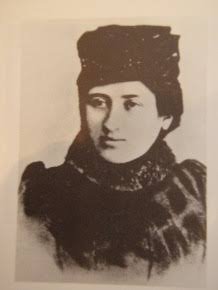 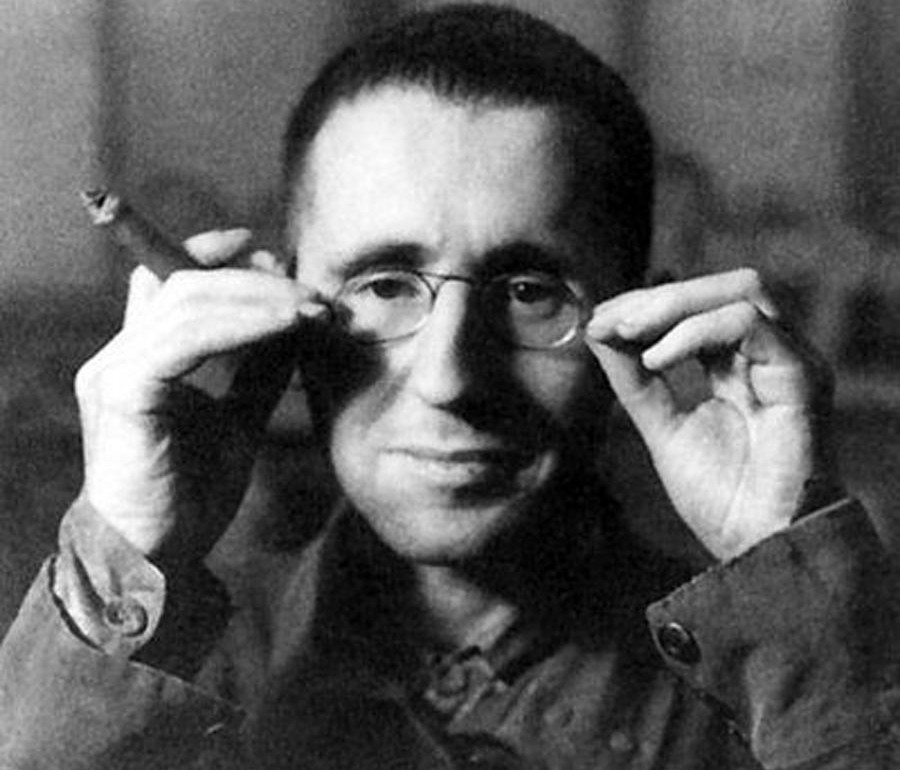 The lucidity of Brecht’s journal entries is remarkable. He is a master of aphorisms, yet he never allows forms to stifle the richness of content. The meaning overflows through the pores of the condensed entries of his journals. Every entry is a bombshell, which fractures appearances and reveals the structure of the real, putting it into a crisis.

In 1936 he wrote an entry in which a worker’s almost instinctive refusal to work and the right to leisure are articulated. It shows that “incipient class consciousness” is already there among workers in work relations and the feeling of solidarity emerges right there.

The worker in this entry is Brecht himself. He is working as a scriptwriter in London, where he came to “learn to write for films”, but he ends up “learning something different”.

Although his boss or superior treats him as “an absolute equal, the nature of the work” is such that he feels “like an employee”. But a worker’s refusal is not about unfairness, or even formal and informal inequality at the workplace. It is about work itself. “i have not chosen the subject i am working on for myself, i can’t relate to it and i don’t know what will happen to my work when it comes on the market. i only have my labour to sell, and what is done with it afterwards has nothing to do with me.”

But it is also not just about being disinterested towards the subject. Work is the whole material structure of work relations which is intrinsically class polarised. Workers’ interests are totally opposed to the efficient functioning of this structure. Hence, the refusal to work. “my interests are quite opposed to those of my employer. since i am on a weekly wage, it is not good for me if the work progresses quickly, quite the contrary.”

The subjectivity that takes shape in this atmosphere is spontaneous. “already i even catch myself taking out my watch as evening approaches; i want to get away, it’s time for real life to begin.” But his urge to escape is not because he is looking forward to something. “real life is quite separate, and incidentally quite unappealing.” He is not falling for the fetish of “own time”. It is simply a space-time where he is not thinking about work. “but in ‘my own time’ i don’t waste a single thought on my daily work.”

It is this refusal that makes a worker relate and empathise with other workers and build horizontal relations. “i leave with the little englishman who works alongside me as translator and we strictly avoid touching anything that might remind us of work. i feel a sense of total solidarity with him when he refuses to work on sundays.”

The building of such relations cannot remain hidden, it disturbs the whole segmentation that constitutes these relations. It makes superiors (in work hierarchy – supervisors etc) suspicious, and they try to regain confidence of workers by making a common cause against employers. But workers are aware of the tactic, yet they know its possible need too, so they remain silent. “kortner seems to have noticed this incipient class consciousness, for he often says on the phone, when he is cancelling an appointment, that with his job he has work to do – just as any boss might.” whenever he can, he makes mock of his employers, points out their inferiority and laziness, whereupon we are both silent.”

When Brecht eats his lunch at his superior’s place, it is in the company of the latter’s wife who “is very nice” that “it all stops and i am the great poet once more.” He also has “the privilege of being able to take a nap, but then, after coffee, the situation changes once more.”

And as a finale, Brecht ends, “the paper i am using to write this is from work: i pinched it.”

Visit: Brecht on “the Concept of Class” 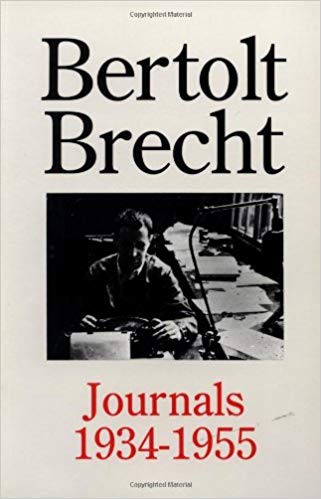 the concept of class too, perhaps because it has come down to us as it was framed in the last century, is used much too mechanically today. there is nothing to be derived from a purely statistical concept of a german working class nowadays; yet such a concept is deep-seated. trade-unions and political parties are accustomed to count members. the political concept is devalued too, since it presupposes organisations and ‘democratic forms of state’, a ‘free interplay of forces’ which can be steered by the ruling class. the closure of the labour market in the interests of the war economy has damaged the term ‘class’ as an economic concept. what remains is the class itself. it, happily, is not just a concept.

In this entry from his Journals 1934-1955, Brecht captures the complexity of the class question. The “coming down” of this concept as “framed” in a particular phase in history leads to its devaluation in another phase in history. The statistical, political and economic conceptions were all devalued in the phase of the war economy, but what remained was the class itself, which “happily, is not just a concept.” In this note, he implicitly advances the need for the movement of concept to capture the reality of class.

In the second para, he brings out the reality of the proletariat of which Marx and Engels talked about in their Communist Manifesto – of the dialectic of class formation. Marx and Engels achieved this by critiquing the political economic logic of competition and cooperation as foundational to the formation of classes and class struggle in capitalism. They showed how the negation of classification is immanent in the process of classification. This dialectic recurs in Brecht’s writings at numerous occasions. As an example, we can cite one of his most used and abused poem, General, den Tank, or even his War Primer. In fact, that is why montage is central to his creative writings which captures the dynamics of internal relations that constitute the real, thus reclaiming “the genuine reality [that] has slipped into the functional”. The problem of the proletariat as the “productive force”, as a reification that constitutes capital, as being complicit in wars does not do away with the proletarian initiative. In fact, it is this initiative or art that interrupts the normal exposing what has been functionalised, thus generating “a revolutionary situation.”

This note can be posed as an answer to the dominance of the analytical tradition within the progressive (including the Marxist) circle in our times, which can be broadly divided into two complementary sections. On the one hand, there are those who immediately deploy the analytical concepts trying to straitjacket the concrete to suit those concepts, while on the other, there are those who in reaction stoop down to radical empiricism proclaiming the death of the grand narrative (including class), worshipping relativism. The poverty of both these sections is their tendency to reduce concepts to mere descriptive categories. It is in this regard that we can combine them under the identity of (post) structuralism.

In the above note, what Brecht achieves philosophically is an articulation of the distinction, yet necessary and problematic relationship between the real and the conceptual – “the class itself” and “the concept of class”.