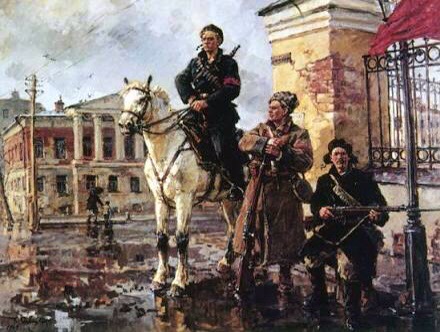 Even being a direct observer of the happenings in Russia and being critical of Bolshevik practice, Rosa Luxemburg could keep a far more objective and materialist understanding of the problems of the Russian Revolution, in comparison to the theo-sectarian polemics around facts and counter-facts that is being exercised today globally during the centenary celebrations. In a letter to Adolf Warski written less than a couple of months before her assassination, Luxemburg comments on the two most crucial problems of the Russian Revolution and Bolshevik practice, refusing to subjectively analyse them. It is this objectivity that generated her revolutionary “optimism of will”. She writes:

The use of terror indicates great weakness, certainly, but it is directed against internal enemies who base their hopes on the existence of capitalism outside of Russia, receiving support and encouragement from it. With the coming of the European revolution, the Russian counter-revolutionaries will lose only support [from abroad] but also – what’s more important- their courage. Thus the Bolshevik use of terror is above all an expression of the weakness of the European proletariat. Certainly, the agrarian relations that have been established are the most dangerous aspect, the worst sore spot of the Russian Revolution. But here too there is a truth that applies – even the greatest revolution can accomplish only that which has ripened as a result of [historical] development. This sore spot also can only be healed by the European revolution. And it is coming!